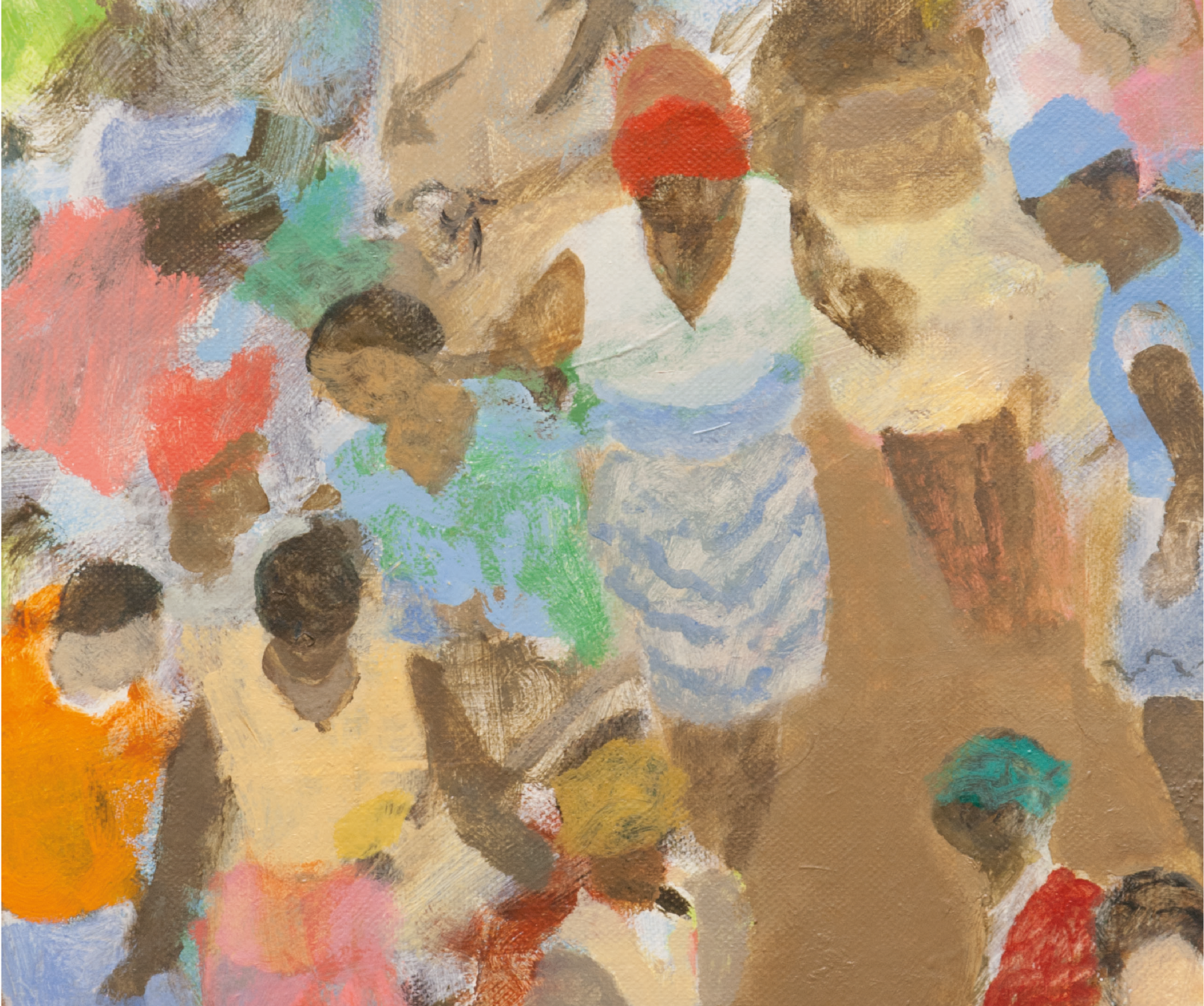 Lifeline: A Retrospective of works by Paul Dash

Not many artists wait until their 70’s for their first solo exhibition and Paul Dash has not had the attention that his work merits. 198 Contemporary Arts and Learning seeks to redress this by presenting Lifeline: A Retrospective of works by Paul Dash, opening on Saturday 1 March 2019. Lifeline is the first major solo exhibition by Paul Dash and, for the first time, brings together works from throughout his career, spanning the 1960’s to present day. A major highlight of the exhibition will be an event with Dash in conversation with curator, David A Bailey MBE. The collection of works presented include figurative and semi-abstract large-scale paintings and a selection of ink drawings focusing on several themes drawing on his Caribbean heritage such as carnival. His more recent work confronts the reality of the current refugee crisis in a series of sensitive pieces based in ink, water colour, and collage.

A member of the Windrush Generation, Dash (b. 1946) migrated from Barbados to Oxfordshire in 1957. After completing his foundation course at Oxford Polytechnic, he moved to London to study painting at Chelsea School of Art. However, he explains, his figurative approach caused some concern: “staff at Chelsea didn’t take kindly to my love of more traditional figurative art-making practices and I simply couldn’t settle. Eventually in the second year whilst painting a complex carnival piece, a member of staff stood behind me and pointedly said ‘figurative art is dead, it went out with Cezanne.’ When he left the room, I turned the picture upside down and painted an abstract over it. That was the beginning of my period in the wilderness as a creative being.”

Dash spent the majority of his professional career as an educator, in arts and multicultural education, most notably as a lecturer and senior lecturer at Goldsmiths University for 20 years. Describing his journey as an artist, Dash says: “it was some twelve years later whilst teaching at Haggerston Girls School in Hackney, that I painted the self-portrait, now in this exhibition. That was the start of a four decades crawl from the bleak shadows in which I subsisted to a firmer connection with the lifeline that has given my life meaning. At times that line has shown signs of wear and threatened to break but it has held firm and enabled me to build a life of purpose, meaning and hope for the future through my ongoing art practice.”

When describing his work Dash identifies his painting practice as a ‘lifeline’ which brought him salvation through hardships in his experience as a person of the Windrush generation. With this exhibition, we are proud to provide the opportunity for Dash to present this important selection of his life’s work and recognise him as a legacy artist.

Paul Dash was born in Fairfield Cross Road, St. Michael, Barbados, in 1946, and is based in London, UK.  He emigrated to Oxford England in 1957 with his family at the age of 11.  After completing the Foundation course at Oxford Polytechnic, now Brooke University (1964-1965), he completed a BA at Chelsea School of Art in1968 and an MA at the Institute of Education University of London (Distinction) in 1990.  In 2009 Dash was awarded a PhD from Goldsmiths University of London, writing a dissertation on African Caribbean pupils in Art Education. Dash was an active member of Caribbean Artists Movement (CAM) during 1969-1972 and exhibited with the group at various venues in London and Kent. He participated in the Whitechapel Open Exhibition in the 1980s, and Caribbean Connection 2: Island Pulse, at Islington Arts Factory in 1996 which was curated by Denzil Forrester.  Other exhibitions include Revellers Gather for Mas’ at The Royal Academy (1998) and No Colour Bar at Guildhall Art Gallery, London (2015-16).  His recent work has focused on the boat refugee crisis

David A Bailey has been working as an artist/curator for 30 years and is currently based at ICF the International Curators Forum.  As a curator he has an international reputation and a commitment and investment in a variety of issues on the themes of history, race and representation that are embedded within the following curatorial projects, for example: