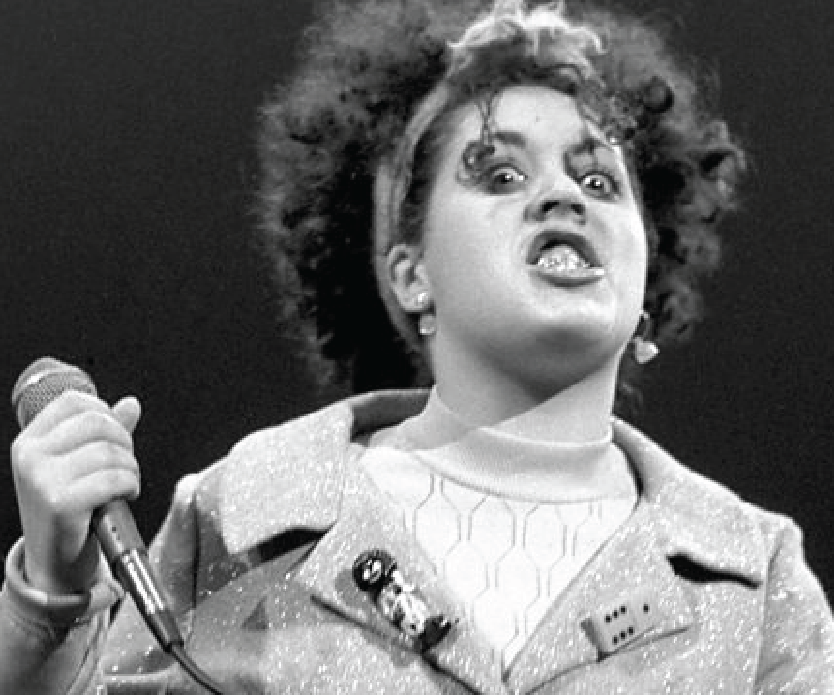 Your Local Arena presents: Who is Poly Styrene?

‘Rock stars are disposable products, and I just wanted to send the whole thing up.’ So said Marianne Elliott, better known as punk singer Poly Styrene. In 1977 the twenty-year-old from Bromley gave up working in Woolworths and created her own plastic image. Forming the band, X-Ray Spex, she set about reflecting life in the synthetic 1970s with songs like ‘The Day the World Turned Day-Glo’ and ‘ Germ-Free Adolescents’. This gritty Arena film from the BBC archives observes the differing worlds of Marianne Elliott and Poly Styrene — which were united via this remarkable woman’s willingness to laugh at and expose the throwaway culture of the time.

For five days only, south London’s 198 Contemporary Arts and Learning – which hosted the first exhibition of Poly Styrene’s archives in 2019 – brings you Arena’s Who is Poly Styrene?, directed by Ted Clisby. Commenting on this rare 1970s portrait of a mixed-race woman are: filmmaker and daughter of Poly Styrene Celeste Bell, 2Tone vocalist and DJ Rhoda Dakar, Booker Prize winning author Bernardine Evaristo and feminist activist Chardine Taylor-Stone. Enjoy new poems inspired by the film from two of the feistiest women in poetry, Zena Edwards and Salena Godden, and learn how to start your own personal writing journey with a masterclass from Irish author Geraldine Quigley.

YOUR LOCAL ARENA: Responding to Who is Poly Styrene?

Born in 1980s London, Celeste Bell spent a part of her childhood with her mother, punk-icon Poly Styrene, in George Harrison’s Hare Krishna commune in Hertfordshire, and her adolescence in Brixton, south London. She was a teacher in Madrid, where she also fronted ska-punk band Debutant Disco, and then completed a Masters in Political Philosophy in Barcelona. After Poly Styrene passed away in 2011, Celeste became the custodian and manager of her mother’s estate and archive, and has worked to document her life and work. The book, Day Glo: The Poly Styrene Story (Omnibus Press, 2019) was co-authored by Zoe Howe. The documentary film I Am A Clichè, which Celeste is co-directing alongside Paul Sng, is in production. In 2019, Celeste co-curated the first exhibition of the Poly Styrene archive, titled Identity: A Poly Styrene Retrospective, with curator Mattie Loyce at 198 Contemporary Arts and Learning. Celeste continues to work as an educator and is developing a book and television project on new religious movements.

South London resident Rhoda Dakar began her career as lead vocalist with all female 2Tone band, The Bodysnatchers. She also recorded with both The Specials and Madness. A respected DJ, Rhoda toured last year in Mexico, USA, Europe and the UK. Her last ‘singing’ gigs this year were in Australia. A recent collaboration with the Dub Pistols, ‘Stand Together’, with a US civil rights themed video, was coincidentally released in June at the height of the Black Lives Matter worldwide protests. Bagging her first sync, ‘Welcome To My Themepark’ appears on the closing titles of award-winning short, Goodnight London, currently available on Amazon Prime. Rhoda has a radio show, Pork Pie & Mash Up, broadcast on Totally Wired Radio on the first Monday of the month; whilst her most recent sleeve notes were for Trojan Records’ release, Love Is All I Bring. Still a campaigner and local activist, she is variously a patron, an ambassador, a Chair and an NHS governor.

Bernardine Evaristo won the Booker Prize 2019 with her eighth book, Girl, Woman, Other, the first black woman and Black British person to do so. In 2020 she was also the first woman of colour to top the UK paperback fiction chart, holding the top spot for five weeks. Her writing spans poetry, verse fiction, essays and literary criticism. She has won many awards and honours including an MBE in 2009. A longstanding arts’ activist, she co-founded Britain’s first black women’s theatre company, Theatre of Black Women, in 1982, and many other inclusion projects since including Spread the Word, The Complete Works and the Brunel International African Poetry Prize. She is Professor of Creative Writing at Brunel University London and Vice Chair of the Royal Society of Literature.

Chardine Taylor-Stone is an award-winning feminist activist. She is vice chair of the Musician’s Union Equalities committee, co-founder of Socialists of Colour and drummer in Black feminist punk band Big Joanie. Chardine was also the founder of Black Girl’s Picnic, a movement in collective self-care for Black women and girls, and Stop Rainbow Racism, which worked to stop racist performances in LGBTQI venues. In 2017 she facilitated and guided the writing of the Women’s March London principles alongside other Black feminist women. Chardine is currently working on her first book, Sold Out: How Black Feminism Lost its Soul, a critical analysis of neoliberal influence on Black Feminist practice, to be published by Cassava Republic press in 2021. She is also studying a Qualifying Law Master’s degree at Birkbeck, University of London.

INSPIRED BY ARENA’S Who is Poly Styrene?

Listen to and read specially commissioned poems inspired by the Who is Poly Styrene film from poets Zena Edwards and Selena Godden — who bring their links to south London and memories of Poly Styrene and the punk era into their new work.

Raised in Tottenham and now based in south London, Zena Edwards has become known as one the most unique voices of performance poetry to come out of the capital. She is published in several anthologies including Dance the Guns to Silence (flippedeye publishing). Her passions include writing poems, articles and blogs on social and environmental issues, race and power. She has been mentoring young and emerging artists in professional artists development and creative campaigning for social justice since 2010. As a multidisciplinary collaborator, Zena has worked with internationally acclaimed choreographer and dancer Akram Khan (Xenos), visual artist Theaster Gates (Soul Manufacturing Company) and radical filmmaker Fahim Alam (Riots Reframed) and The Last Poets. (Photo Credit – Antonio Olmos)

Salena Godden is a poet, author, activist and broadcaster. Born in the UK of Jamaican-Irish heritage, her books include literary childhood memoir Springfield Road (Unbound). She is the author of well-known powerful comic and political poetry anthems ‘My Tits Are More Feminist Than your Tits’ and ‘Can’t Be Bovvered’. Her latest publication is Pessimism Is For Lightweights – 13 pieces of Courage and Resistance (Rough Trade Books, 2018). The poem ‘Pessimism is for Lightweights’ was a public poetry art piece displayed outside the Arnolfini Gallery in Bristol for eighteen months; it is now on permanent display at the Peoples History Museum in Manchester. Her latest album, LIVEwire (Nymphs and Thugs), was shortlisted for the Ted Hughes Award. Salena’s short film, Is There Anybody Out There? (The Back of the internet) was commissioned by Google Arts and Culture/BBC Arts for their 2019 Rhyme and Reason season. Mrs Death Misses Death, Salena’s debut novel, will be published in 2021.

WRITING YOUR MEMOIR:
A Masterclass from Geraldine Quigley

Taking Arena’s Who is Poly Styrene? as a starting point, explore how you can begin to craft your own memoir or life writing with author of the evocative novel Music Love Drugs War, Geraldine Quigley.

Geraldine Quigley is an alumni of the Penguin Random House WriteNow scheme, which seeks to address the lack of diversity in publishing. As a result of this success, her first novel, Music Love Drugs War, was published by Fig Tree in 2019 and is available now as a Penguin paperback. Through her work, Geraldine strives to reflect the realities faced by working-class families and the shortened opportunities available to them in a society that sees them as inherently second class. Music Love Drugs War explores the lives of teenagers in Derry during the 1981 hunger strike, as they and their families face the difficult questions that situation throws at them. Geraldine continues to write and is currently writing her second novel, while working full-time from home in her role as an employee of Axa Insurance. She has been married to John for thirty-five years and they have three children and one grandchild.