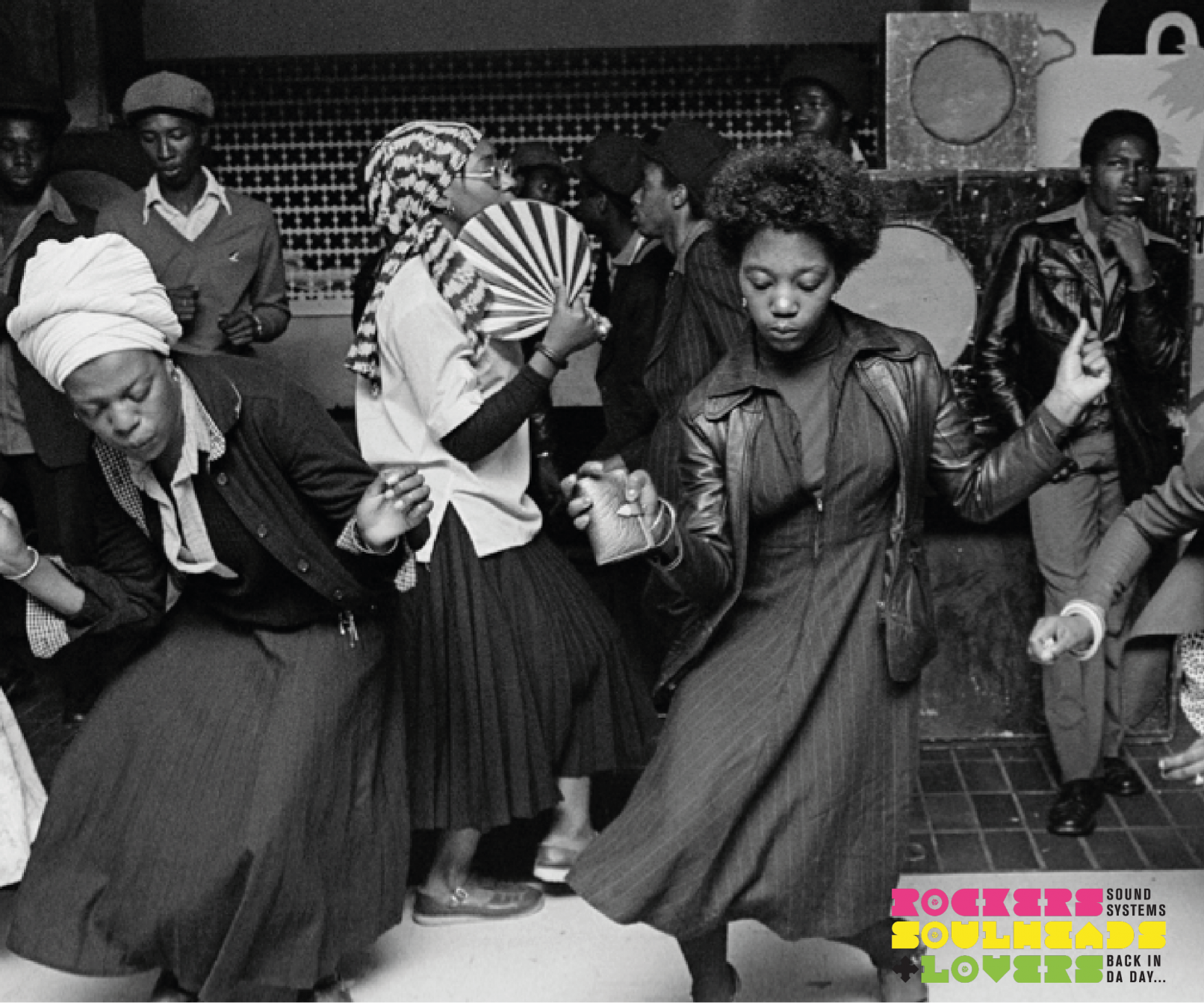 Rockers, Soulheads and Lovers: Sound Systems back in Da Day

From dressing-up to dancehalls, Rockers, Soulheads & Lovers: Sound Systems Back in Da Day explores the golden era of African-Caribbean sound systems from the 1950s to the early 1980s in London. Told from the perspective of local people, this vibrant exhibition curated by Michael McMillan in collaboration with Dubmorphology (Gary Stewart & Trevor Mathison), takes the form of an atmospheric audio-visual installation, conjuring a Blues party environment within the galleries. It brings to life an important cultural history, explored through a display of historical objects, personal accounts, film footage and photographs, reflecting upon how these dynamic cultural practices have had a significant impact on British music and dance ever since.

Sound systems (sounds) refer to custom-made high-powered mobile hi fi’s, and the equally important collective of ‘operators’, ‘box boys’, ‘engineers’, ‘selectors’, ‘toasters’ and DJs/MCs. As Caribbean migrants were often not welcome in pubs and clubs in the UK they created Shebeens, Blues and house parties in their homes where they could socialize in a racially mixed environment. Although sound systems originated in Jamaica, it would form its own expression and identity in Britain and with reggae as it’s cultural foundation it has since absorbed other black music genres: Soul, Funk, RnB, Hip Hop, Jazz Funk, House, Jungle, Garage, Drum & Bass, Dub Step, Grime. The title, Rockers, Soulheads & Lovers, represents the diversity of subculture within sound system culture during the 1970s, from Reggae to Soul and Funk, to Lovers Rock, popular amongst many women and men. Its distinctive British style, therefore, tells a unique story of migration, settlement and identity.

Alongside Nottingham, Bristol, Manchester, Leeds, and Birmingham amongst others, London emerged as a leading city for sound systems. The exhibition narrative explores London’s historic sound system culture, including Sir Coxsone, Sufferah, Sir George, Mastermind, Rappattack, and Nzinga Sounds, led by women. There is also the next generation of sounds like Young Warrior, who continues the tradition of his legendary father Jah Shaka, in hos own style. Amongst these stories are producers like Dennis Bovell and Mykaell Riley as well as ravers from back in da day. Their memories and experiences are collated and presented through audio-video material, historical and contemporary. The exhibition functions as an archive, with photographs from personal collections, and objects and furniture of the moment, which come alive in the gallery.

“South London, and near Brixton in particular, near where 198 Contemporary Arts & Learning is located, was home to a vibrant sound system culture with some still playing out today. They created a new sonic landscape in the UK, which in turn contributed to the evolution of popular music as we know it today. We wanted to create an exhibition that revealed London’s sound systems and celebrated their contribution to this important cultural moment”.

Through sound systems, the exhibition explores underlying social and cultural histories and practices. Oral histories recount how Blues parties and Shebeens emerged, which were sometimes run by women, though sound systems was predominantly a male domain. There were sometimes sound system challenges where triumph was based on a mixture of which exclusive pre-release/dub-plate imported straight from Jamaica the Selector could ‘drop’, how each DJ/Toaster/MC could out chat each other, who carried the most ‘weight’ or bass through wardrobe size speakers, and of course the verdict of the crowd. Through Lovers Rock women as singers, ravers and some female-led sound systems and DJs brought a sense of freedom, knowing music and how to address their audience. Central to these social gatherings was/is the desire to impress, recreated in the exhibition through a built domestic setting, complete with wallpaper, an authentic dressing table, a ‘Blue spot’ radiogram and cocktail bar. While many of these places have look since gone they will be located on a large-scale interactive map of London alongside equipment on display including wardrobe speakers, valve amps, turntables, and vinyl records. A soundtrack created by Gary Stewart and Trevor Mathison of Dubmorphology creatively combines and mutates signature tunes from local sound systems, sound system clashes, interwoven with oral histories.

The exhibition and accompanying season of events launches with a Blues dance at 198 Contemporary Arts & Learning on Saturday 19th March, with local DJs playing on a local sound system.

June Reid & Ade Rosenior-Patten (Ningza Soundz), Donna Halley-Moore (Sista Culcha) and Ranking Merva will share their experiences as women in sound system culture, which has been largely dominated by men

How to Build a Sound System

Young Warrior (the son of Jah Shaka) will take participants through the history of sound system building as well as the different aspects involved in creating a sound system today.

With special thanks to SKN Heritage Museum, a museum without walls dedicated to commemorating and celebrating the Caribbean contribution to life in the UK.