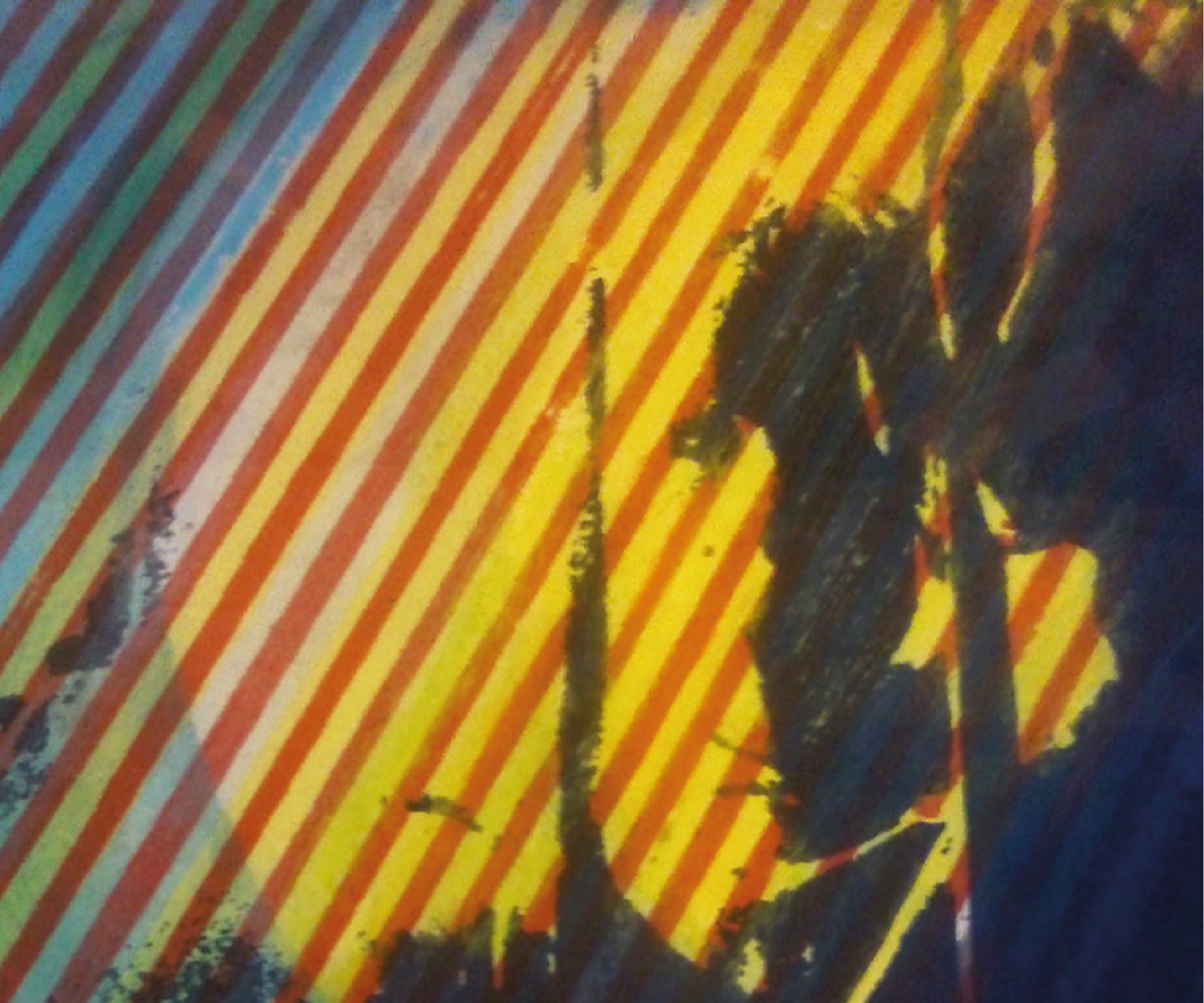 Legacy…a life with ART will be the first and last show spanning the complete collection of her work in sculpture, print, tapestry, painting and quilt making comprising over seventy exhibits and covering five decades in the art world.

Teri Bullen’s work was influenced by both the theory and practice of textiles, along with the history of women. Her geometric prints, weaves and paintings contain direct reference to symbols which have been given meaning by people from all continents. The spiral represents the creative life force, the red triangle a symbol of woman and the diagonals sunshine and shadow. Her figurative sculptures are also influenced by her investigation of the social aspect of textiles. Of particular influence has been the oral history of patchwork and quilt makers and how this influenced the title of artworks. These titles formed the inspiration for work in print, sculpture, tapestry and painting, reclaiming a particular aspect of creativity which has long been dismissed as merely decorative, but in reality has deep social meaning, or is a reflection of the self. Experimentation in colour and process is reflected in her early use of copyart, (photocopying on fabric) and in merging textile with sculpture.

Teri Bullen studied as a mature student at St Martin’s College of Art and Goldsmith’s College of Art between 1979 and 1983. Prior to this she had worked in the art department of Marks and Spencer’s during the 1960’s and at Booty Jeweller’s on High Holborn during the 1970’s selling and designing art and jewellery. In 1983 she became a member, then Director, of the Brixton Artists Collective exhibiting and curating shows; including Soweto-The Patchwork of Our Lives in 1986 with the Zamani Soweto Sisters Council and Textiles, Making and Meaning. She served as Secretary of Lambeth Arts Council, with whom she visited Moscow on a cultural exchange trip. Teri Bullen lectured on Textiles, Politics and Women’s Social History at venues as diverse as Ruskin College, Oxford, the Sainsbury Centre for Visual Arts (University of East Anglia) to City College and the Battersea Arts Centre. Her work, Women Change the World toured the UK with the Flying Colours exhibition. She worked with many community groups including producing art work for The Fabric of Glasgow, exhibited at The People’s Palace during the 1990 Glasgow City of Culture celebrations. In 1990, she took up a position with Islington Council as Arts Officer, supporting a number of cultural groups including The London Gay Men’s Chorus and the Islington Chinese Association. Teri Bullen also played a pivotal role in the organising of the annual Tree Dressing event and The Festival of Light whilst at Islington.

Teri Bullen retired early due to poor health but continued to create and exhibit her art. Her final collaborative project was Brixton Calling in collaboration with the Brixton Artists Collective Association (BACA) during which she led the More or Less project with elder women at 198 Contemporary Arts and Learning in 2011. Her final piece of work ‘Tiger Stone’ was made with her granddaughter on holiday in Norfolk during the summer of 2015. Teri Bullen passed away on the morning of 6th November 2015, after developing an aggressive form of cancer. Her work is in private and public collections in America, Russia, Belgium, Italy and the UK.

A textile piece hangs in the Zamani Women’s Centre in Soweto, South Africa. A large woven wall hanging was commissioned for St Matthew’s New Chapel at The Brix in Brixton. The works have been collated and curated by Liam Bullen, her son, together with Lucy Davies of 198 Contemporary Arts and Learning.

The sale of artworks and art books during the exhibition will raise money for St Christopher’s Hospice who have been so supportive of Teri Bullen and her family, with 20% of all profits going to the charity.

The exhibition will run from the 12th February to the 6th March, Monday to Friday 11am to 5pm and Sundays 11am to 4pm. A press preview and private view will be held on the 11th February from 6pm to 9pm. Please see www.198.org.uk and our Facebook page for other events during the exhibition.
CONTACT: Liam Bullen, liambullen@gmail.com or Lucy Davies, lucy@198.org.uk for further information